Showcase Entertainment Group and Level 42 regret to announce the postponement of the following shows till March / April 2021.
May 14 Astor Theatre Perth
May 16 Palais Theatre Melbourne
May 18 Enmore Theatre Sydney
May 20 Civic Theatre, Auckland

This is due to postponement of their scheduled Asian tour which preceded the Australian and New Zealand dates due to travel restrictions caused by COVID-19.

Mark King and the band apologise for any inconvenience this has caused their fans and look forward to meeting everyone….FINALLY…. in 2021.
An announcement of new dates will be made within 48 hours but all seats are valid for the new dates. Any refund requests should be directed to the official ticket seller.

Level 42 are coming to The Civic, Auckland on May 20th. Here is a message from Mark King

Mark King and Level 42 are finally coming down-under in May of this year for 4 shows. Shows on sale February 17

Level 42 are coming to Australia May 2020. Mark King has a message for fans of the band in this special announcement

Tickets are ON SALE NOW for Level 42’s 40th Anniversary tour ‘From Eternity To Here’, supported by Hipsway.

Level 42 will mark the 40th anniversary of the release of their first ever single ‘Love Meeting Love’ [which was recorded and released in 1980] in 2020 and will do so with all cylinders firing and sounding fresher than ever. AEG Presents is delighted to announce that the band will undertake the 24-date ‘From Eternity To Here’ UK tour in 2020. Tickets will be on sale from 10:00am on Friday 25 October 2019 via aegpresents.co.uk & https://www.level42.com 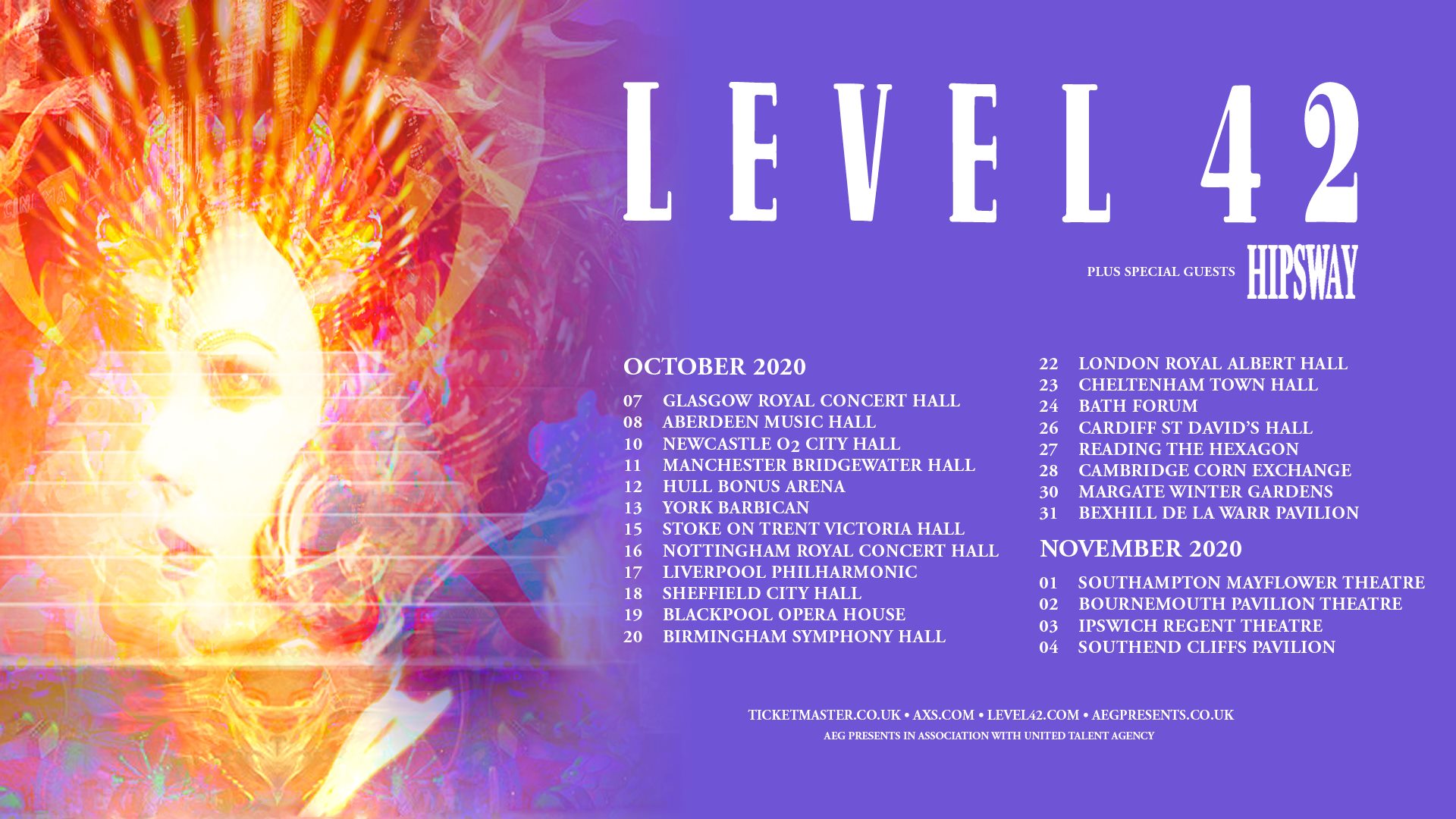 Say hello to my new studio rig. It’s the new Little Mark Vintage Gold Line head, and it sounds amazing. Loads of punch, and bags of tone. I’m a very happy boy, and can’t wait to get it out on the road. Thank you Marco.

It is with the heaviest of hearts that I have to tell you of the passing of our dear friend and brother Boon Gould.
Dorset Police confirmed that he was found dead at his home on Tuesday morning.
You are at peace now Boon, no more pain mate.
Thank you for everything.
Mark x